Come Hither Petals - Come hither, sighed she This sweetness I shall offer you Soft petals parted

The Turn that is not Return - The world begins To turn again No longer still Though somnolent, still The long exhale Following the deep, deep breath The moment which moves Between the change And knowing There is no going back

The Bar & Grill of Passing Thru - It was one of those American small-town off-the-main-attraction tourist bar & grills papered with dollar bills, George Washington in all his unemotional placidity staring back at me from wall, pillar and ceiling. Off-season empty but for a pair of locals playing darts and a couple passing through on the way to somewhere relatives and presents waited for them. It was hard to tell whether the twinkle lights were seasonal or permanent, but there was no other sign of the holiday. So, permanent.

Unfilled - Time and space Seem empty Without your Presence

A Present I Still Remember - I remember the litter before "Give a Hoot! Don't Pollute!" I remember the smog before the Clean Air Act I remember it sung "the world is a ghetto" all the truer now Left to wonder how so few can remember From where we have come To where we'll return And where we are stuck

Death of the Narcissist - He erected a balustrade of excuses and lies A weak defense overcome By firing rounds of fact Between the spindly balusters The entire structure collapsed Under the weight of culpability Leaving him, finally, exposed Had he any integrity at all Such a rampart may have protected him Buttressing his image sealed his doom

All Details Great and Small - Pristine Meticulous order Black chairs on black tables White chairs on white tables Perfectly placed Deliciously spaced Every detail attended to Clean lines and sturdy grace All reflected in polished stone But later I notice A chair is missing Crumbs scattered on a table In a lifetime dedicated To observing the nuances Of all details great and small I wonder What is the larger world All that I've seen? Or all that I've seen But never saw... Suddenly The world I know Seems very small 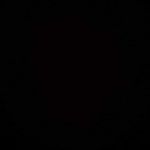 Rant ! Pic and a Word Challenge #235 - "It's like it's Earth but it's not Earth" She shook a little with her distress Speaking between tightened lips Just barely containing a primal scream "I don't mind the old-Earth tenements Their utilitarian simplicity But why does every other building Have to look like the cover Of an Arthur C. Clarke paperback Couldn't we come up with A more interesting 'future' Than one dreamed up by hack illustrators Over two centuries ago" Jinessa was just getting started When she goes full rant You can either cower and exit Or saddle up and ride it for the eight count I struggled to get a foot in the stirrup As her exasperation rose

Tears - Tears flow golden Down her cheek Then fall to ground Where forms a pool From gentle creek There streams and rivers Come to rest Display the sorrows Which some detest "Wait for the facts You can't protest!" What have we But video And patterns written Long ago To actions spoken Our words will out If some won't listen Justice shouts

Hollowed Halls - Beneath the stone of arcing hollow Echo footfalls of the hallows Seep through time long silenced whispers Fall on ears inclined to listen Bishops under Cardinals Princes of the capital Too all manner of celebrity Still I prefer simplicity Whose condition leaves them most to gain While every pittance rendered unto greedy hand Far too much where hope of sustenance is lain Yet they, it ever seems, offer most without demand

Function Tags Along - Form follows function The prophet, Sullivan, preached Writing the gospel of Purpose Informs Art On landscapes and city streets Ah, sighs Calatrava And erects his Mona Lisa smile Its contrarian pulse The blood flowing through Valencia's veins As form takes flight With function on its wing I revel in dreamy whimsy With purpose in the wake

In the Hollows - Branches of darkness Reach out for me But I resist If only just Still... That is enough To stave the pain In this hollow I've carved out From tendrils of deepest sorrow I find resolve to carry on

Embraced - I embrace myself With the memory Of your presence

Cloudy, Cloudy Day - Cloudy, cloudy day Paint your palette blue and grey Look out on a winter's day With eyes that know the darkness in my soul Horizon's changing hue Power in the waves come due Dashing on the shore that's you In aqua on the broken rocky land Now I understand What you tried to say to me And how you suffered for your father's deeds And why you'd need to set me free I would not listen, I did not know how Perhaps I'll listen now

Character - On principle stand Alone among the masses Character tested

The Gateway - It appeared as a gateway in the sky A portal to other possibilities Though, perhaps, few saw it that way Panic gripped much of the world Keeping them inside, locked away Sharing their fear and uplifting messages Of hope and determination to see it through Sharing their confusion and conspiracy theories Simplistic and simple-minded explanations Of a phenomenon clearly no one understood

Moon ~ Pic and a Word Challenge #230 - In the cold quiet Of a winter night Me and the moon We have a chatter Chunky frozen snow Crunches underfoot Shhhh, hisses the moon Be still Listen This I do But all I hear is the moon Simmering on the snow peaks

Young Hustler - Softwood and salt The smell's never more intoxicating Than when a log boom's safely set to rest At the end of a long week Kyle heads out To recheck the lashings I like that about him He never leaves anything to chance Always stupid checks his own work That, and he always buys the first round

Choices ~ Pic and a Word Challenge #229 - In a world Offering few choices Of equal value Either apparent Or actual Which is the better choice? The options Beg investigations Which may or may not Reveal the better choice Apparent or actual Should you choose Not to decide You still have made a choice