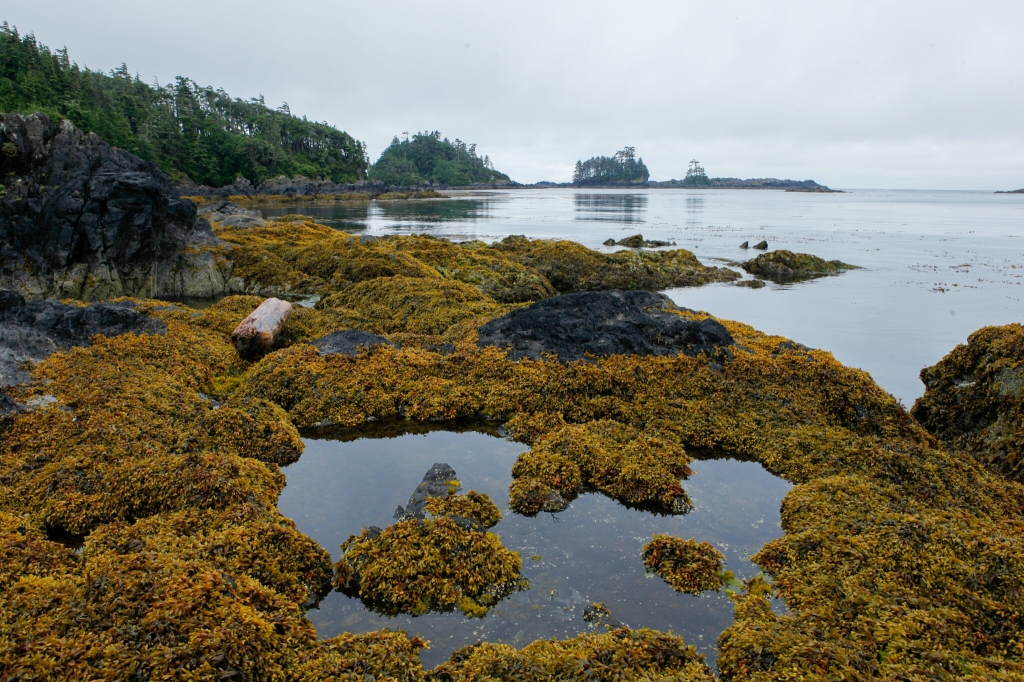 The best journeys, it seems to me, are the unplanned ones, taken on the spur of the moment, reliant on the benifecence of serendipity. I understand why not everyone who travels would agree with this. For serendipity to work, one must believe in it. Listen for its song. Follow its voice when it calls. One cannot do this if plans are laid down like concrete foundations. Planning must be fluid, flow like a rivulet on a sandy beach, as easily diverted as the whim of a child with a stick.

I’d developed a hankering for the ocean. Not the tame inland seas surrounding Vancouver, but the wild ocean. The ocean with an endless expanse of horizon, and land far enough away that old cartographers would label the void into which sailors charted a course as “beyond here, there be dragons.”

And I’d given myself some time off.

Which means… road trip. Or in this case, because there is no wild ocean this side of Vancouver Island for at least a two day’s drive in Canada, a ferry/road trip. I wanted wild ocean tomorrow, and there it was, just a ferry and a few hours away, on the West Coast of Vancouver Island. Tofino would do nicely. And a friend in Nanaimo, the Island side ferry terminal for the trip, was there for the visiting as well. Perfect.

Last minute booking of accommodation in a tourist destination during high season is always hit and miss, and not for the faint-hearted traveller. With optimism, I juggled the options: camping, backpacker’s hostel, hotel, B&B, resort, vacation rental. My preferences are hostels and camping. Hotels in a pinch. I avoid resorts (their purpose doesn’t suit the way I travel), and vacation rentals (I like to have other people to encounter and these are often best for solitude).

Of course, everything was booked solid. Bookings.com showed just three rental options. A downbeat motel in the centre of town, an expensive seaside resort, and Reef Point Oceanfront B&B. The room looked very nice in the photographs, featuring a king-size bed, soaker tub, gas fireplace and kitchenette. Lovely. A deck out front promised an ocean view, and stairways lead to a couple of tiers of decks below, one with a hot tub, another with a couple of adirondack chairs, set up to look out over the ocean. The staircase lead all the way down to the rough, rocky shoreline, showing waves splashing up to the base of the stairs at high tide. It was situated in Ucluelet, a smaller tourist town on the south side of Pacific Rim National Park, so maybe that was even better

Being, typically, a budget traveller, the rates were much higher than I normally consider for accommodation, but this was as much a trip to pamper myself as it was a journey to connect with the ocean.

There are a number of stories I could (and may eventually) tell about my experiences here, how serendipity kept lining up the course of my journey with the course of my needs and desires, even those needs and desires I was unaware of until serendipity had already fulfilled them. But for the purposes of this post, the most important tales to be told are simple, and there are two.

The first is told in part by these photographs: the setting was ideal, well beyond my expectations. Both the home and its appointments, but also its views and its proximity to breathtaking scenery and beauty.

The second, and this is perhaps the most important distinction of B&Bs from other forms of accommodation, are the hosts, Dian & Brian. A beautiful couple, with deeply beautiful presences. Kind, gentle, articulate, artistic, creative. Fascinating in conversation. And a better pair of breakfasts and breakfast companions — including the other guests — I cannot imagine.

At the last breakfast, I told the story I’d written for yesterday’s post, An Artistic Encounter with Nature. I also told the story of the map I’d been given, directing me to Chesterman’s Beach. It was offered up at the end of my meal by a waiter at The Schooner restaurant in Tofino. Earlier, we’d struck up a conversation about serendipity and chance encounters with friends while visiting far away places. One of his stories involved just such a friend calling out to him, “Hey, Jennings!” the waiter said.

I stopped him, “Is Jennings your first name, or your last hame?”

“I am Michael Jennings.”

I held out my hand, “Nice to meet you, Michael Jennings, I am Patrick Jennings.”

I had planned to spend that afternoon in Pacific Rim Park, photographing and cycling along Long Beach. But, when Mr. Jennings offered me a hand-drawn map of Chesterman’s Beach, and the location of some ocean caves in Rosie Bay which could only be reached from Chesterman’s at low tide, I allowed serendipity to alter may plans.

At the breakfast table, when I finished the story of finding Chesterman’s Beach, Dian said, “I used to live in a beautiful house on Chesterman’s beach.” It wasn’t difficult to see how much she’d loved that house as she briefly described it, adding her and her children’s relationship with it and the beach environs.

I love little connections like that, when two people discover their mutual affinity for a place, and share their experiences of it.

Later, while checking out, after the first full, gracious goodbye hugs from my hosts, Dian went and got a picture painted by a local artist of that home. It was beautifu, with a large rounded front of floor-to-ceiling windows, and set among cedars and beach grasses. Again, the emotional attachment she had for the home and its location rose up to the surface. It delighted me that serendipity had directed me to this place, that I had been able to connect with it in such a personal way, both photographically and with the words it had given me in the form of the magical story which came to me while there, and which I had spent all the previous evening writing, sitting at a little desk in her and her husband’s beautiful B&B, overlooking the wild Western ocean.

I told Dian, “I never really know entirely where the words come from, but the woman in that story, I see a lot of you in her.”

Another round of beautiful hugs, and I was gone.

But winter’s coming, and that’s when the wild ocean finds its passion in Ucluelet. So I think I will be back.

This is Day Three of my responses to the Five Photos, Five Stories challenge. The challenge rules: “Post a photo each day for five consecutive days, and tell a story about each photo. The story can be truth or fiction, poetry or prose. Each day one must also nominate a fellow blogger to participate in the challenge.”

Since I post at least one photo and story a day already, I’ll up the ante… Two days ago, on Wednesday, I started what will probably work out to be a five day road and ferry trip. So, on each day I’ll post a photograph taken that day, along with a story. (Which should be interesting as I’m still working out the kinks of my photographic workflow on this tablet I’m travelling with.)

Thank you, Jennifer Nichole Wells, for laying down the white glove for this challenge.

For the last bit of today’s challenge, I nominate Christine Grimard, Vice President of my writer’s group, New West Writers and the blogesse of Girl Scribe.

As I write these, they’ll show up on the Five Photos Five Stories tag page, but in reverse order of the days posted.

Finally, here are a few more images taken during my stay, all in the vicinity of Reef Point Oceanfront B&B. 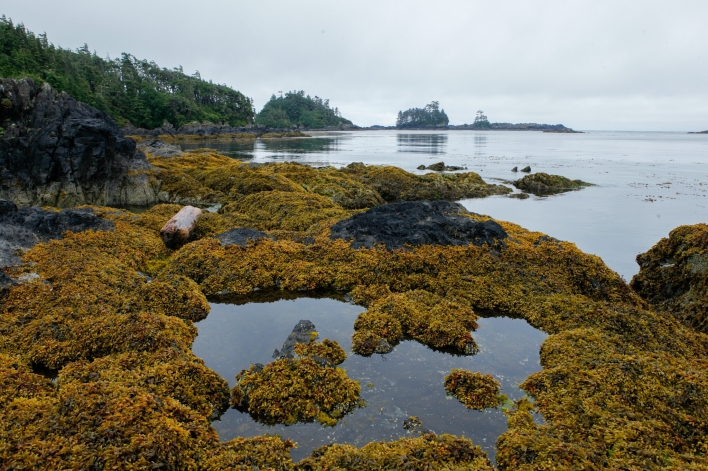 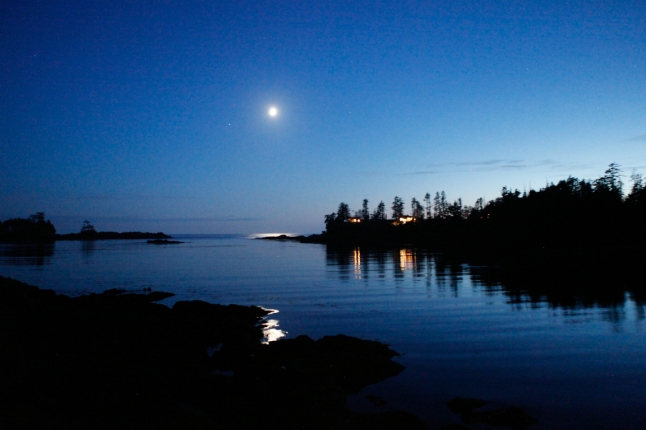 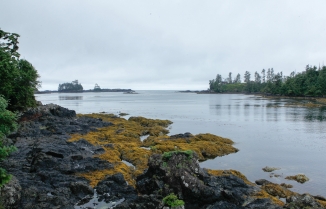 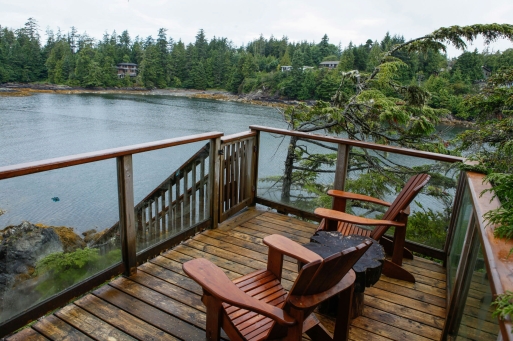