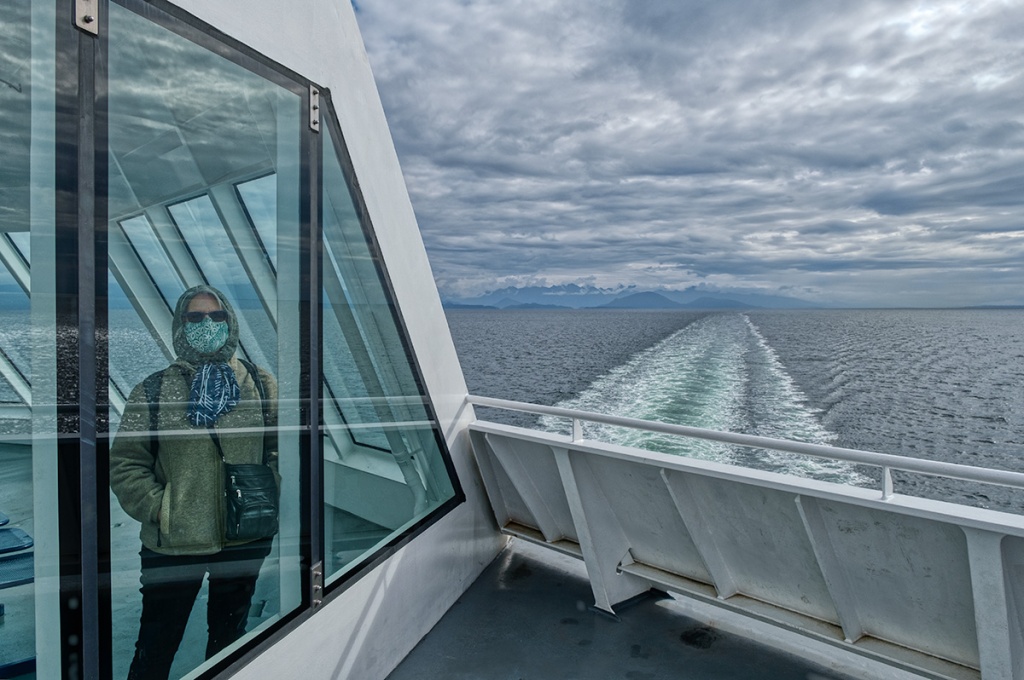 I’m gone
And she stayed behind
Or I left her

I’m not sure
Which narrative
I like the least

I carry her still
A memory under glass
Shrouded and unrepentant

A story ended
Without end
And yet untold

Louise
BC Ferries
Horseshoe Bay to Nanaimo
Strait of Georgia
British Columbia, Canada
Pictures from home, 2021
Just to be clear: the photograph is of my sister; the poem is not.
Louise and I travelled together to Victoria where her son has begun attending the University of Victoria.
The poem… Well, when I started editing the photograph so I could share it with Louise, the usual happened. Words and mental images began to take shape in free-association with visual elements of the photograph. Louise herself is not among those elements. There was a poem in there, and it really wanted out.
I resisted a fair bit, let the photo editing sit for several hours before going back to it. But words, they have a mind of their own, and can really be quite insistent. So, now there’s a poem too.