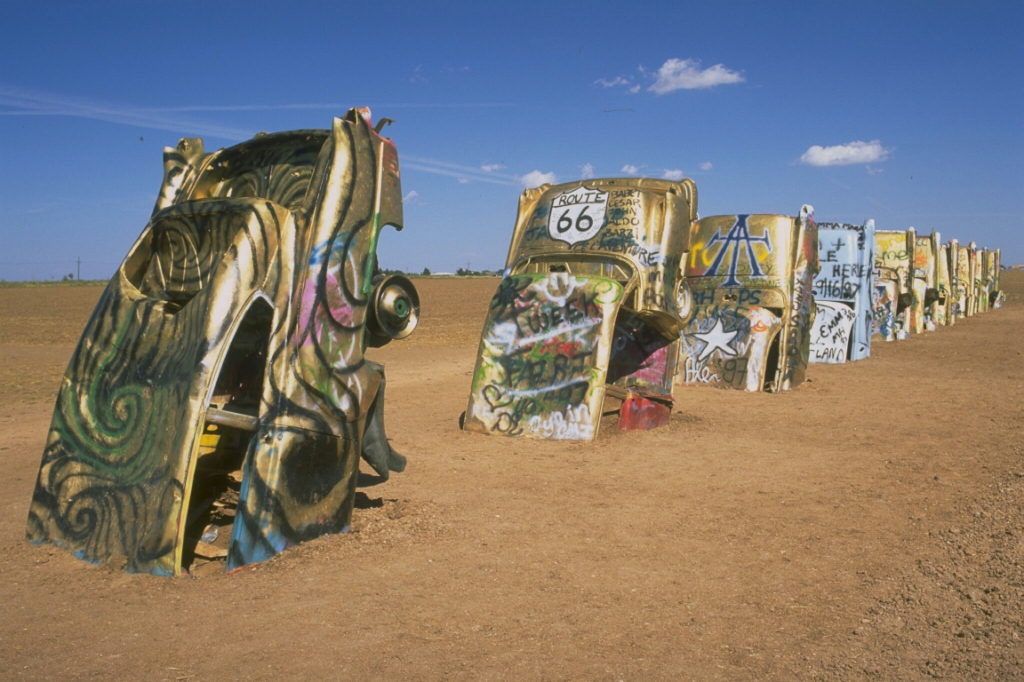 Nor its telling inspired

A post inspired by the WordPress Weekly Photo Challenge, which this week is From Every Angle, a challenge to provide three photographs of the same object from varying perspectives.

These three perspectives of Cadillac Ranch, by Ant Farm, inspired the poem even as their selection from my many photographs of the art work was inspired by the poem being written to accompany them. The first photograph is a common POV of the 10 Cadillacs so famously half-buried, nose down in a farmers field. The second provides an abstraction of the famous Cadillac tailfin. The third documents a story told by a visitor, a story which becomes part of the art work. 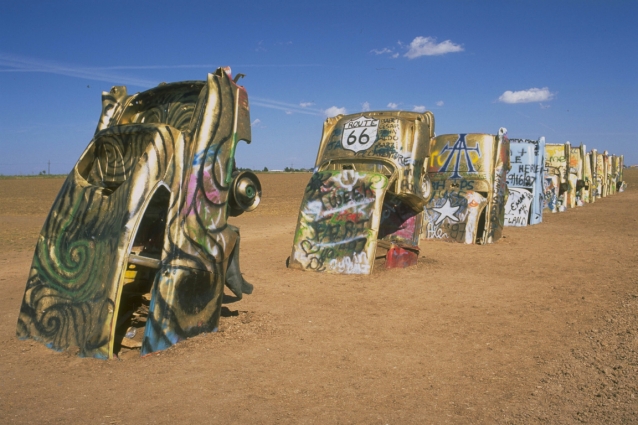 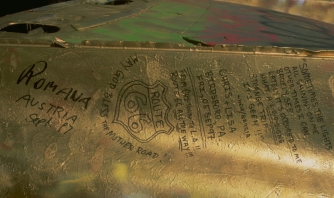 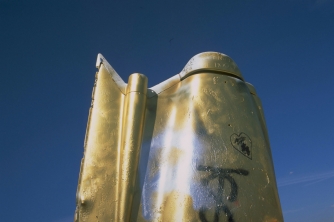